After almost two years of double-digit increases, many experts thought home price appreciation would decelerate or happen at a slower pace in the last quarter of 2021. However, the latest Home Price Insights Report from CoreLogic indicates while prices may have plateaued, appreciation has definitely not slowed.

The following graph shows year-over-year appreciation throughout 2021. December data has not yet been released. 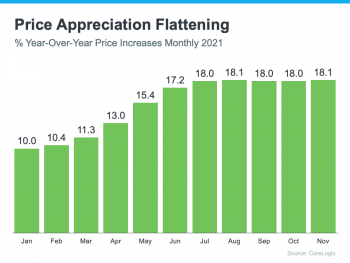 As the graph shows, appreciation has remained steady at around 18% over the last five months.

In addition, the latest S&P Case-Shiller Price Index and the FHFA Price Index show a slight deceleration from the same time last year – it’s just not at the level that was expected. However, they also both indicate there’s continued strong price growth throughout the country. FHFA reports all nine regions of the country still experienced double-digit appreciation. The Case-Shiller 20-City Index reveals all 20 metros had double-digit appreciation.

Why Haven’t We Seen the Deeper Deceleration Many Expected?

Experts had projected the supply of housing inventory would increase in the last half of 2021 and buyer demand would decrease, as it historically does later in the year. Since all pricing is subject to supply and demand, it seemed that appreciation would wane under those conditions.

Buyer demand, however, did not slow as much as expected, and the number of listings available for sale dropped instead of improved. The graph below uses data from realtor.com to show the number of available listings for sale each month, including the decline in listings at the end of the year. 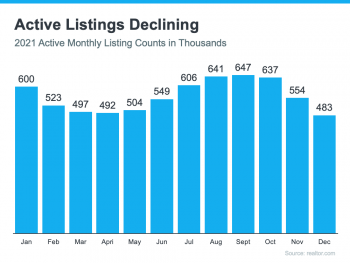 Here are three reasons why the number of active listings didn’t increase as expected:

1. There hasn’t been a surge of foreclosures as the forbearance program comes to an end.

3. Many believed more sellers would put their houses on the market once the concerns about the pandemic began to ease. However, those concerns have not yet disappeared.

“Before the omicron variant of COVID-19 appeared on the scene, the 2021 housing market was rebounding healthily from previous waves of the pandemic and turned downright bullish as the end of the year approached. . . . And then the new omicron strain hit in November, followed by a December dip in new listings. Was this sudden drop due to omicron, or just the typical holiday season lull?”

No one knows for sure, but it does seem possible.

Home price appreciation might slow (or decelerate) in 2022. However, based on supply and demand, you shouldn’t expect the deceleration to be swift or deep. 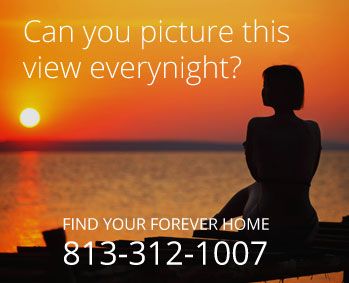